How to Solder a Spliced Joint

How to Solder a Spliced Joint to NASA Specifications

This material comes from NASA-STD 8739.4, which is a great reference if you’re interested in best practices for interconnecting cables and wires.

This splice is known as the “Western Union splice”, or the “Lineman’s splice” and is the preferred method for twisting solid-core wire leads together for inline electrical connections.

Developed during the heyday of the telegraph, the Lineman’s splice is designed for connections that will be under tension. It is commonly claimed that, properly made, a Lineman’s splice is stronger than the wires of which it is composed. In any case, it is a time-proven method, and, coolest of all, one of NASA’s Required Workmanship Standards. To wit, in a NASA-approved Lineman’s splice: 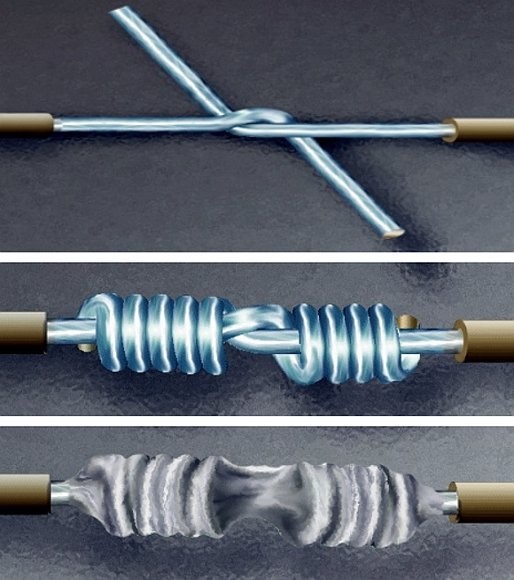 Though the Lineman’s splice was originally used without solder, today soldering is common. And NASA insists on it:

One final recommendation is that the entire joint be enclosed in a shrink wrap plastic sleeve. Once applied, the wrap will protect the joint from oxidation and moisture, greatly increasing the life of the joint.